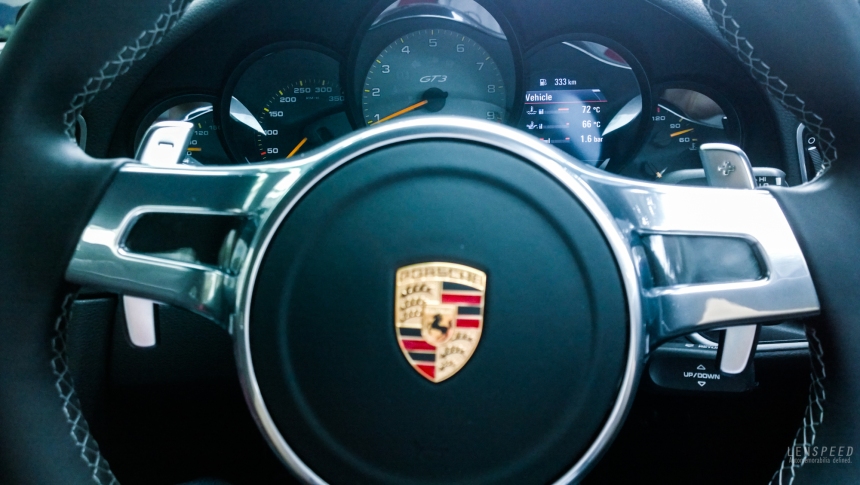 There are tons of GT3 reviews on the Internet. Enter “991 GT3” into your search engine and you would find a host of articles done by popular publishers. YouTube has videos that demonstrate how good the GT3 is and how it is able to compete with supercars like the McLaren 650S and the Ferrari 458 for half the price.

So in this article, I will not debate on the desirability of the stick and will not explain how the rear wheel steering is so good. Tons of other reviews have done justice to that. This will be a slightly different test than the rest. Read on to find out why.

I am a fan of turbocharged engines. I’m not against naturally aspirated engines in any way, but I prefer the attitude and character of modern turbos. I like the low end torque it provides and I like the boost which makes you feel like your spine is about to break everytime you floor the accelerator. I have possibly been spoilt by having the opportunity to drive possibly two of the best turbocharged cars in the world – the McLaren 12C and the Nissan GTR. 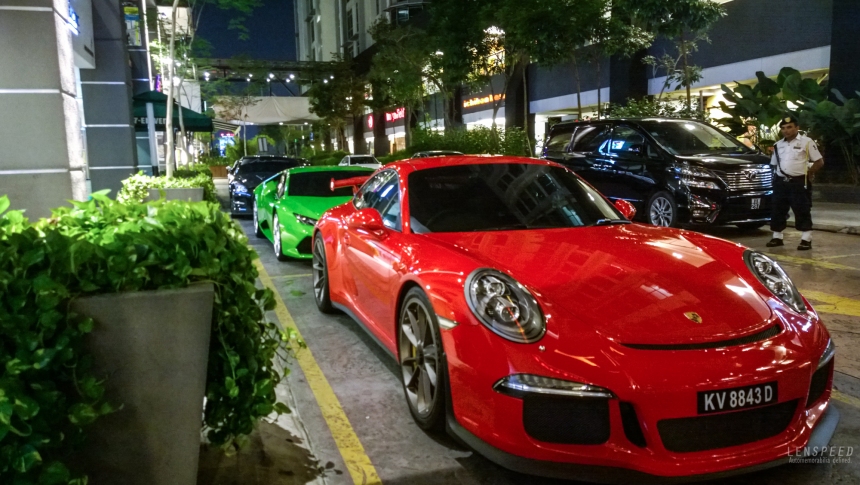 Love ‘em or not

I had my fair share of Porsches; a 996 C4S, a 997 C2S and a 991 C2S but I have never really grown to love them. To me, they were just methodological machines. So my first test drive in the 991 GT3 at the infamous Sepang International Circuit left me without smiles at the end of 3 laps. Was it just like the rest?

We do know that 3 laps is never enough. And a 991 C2S as a pace car did slightly compromise me in trying to get the most of the GT3. So I did my 2nd attempt at driving the new GT3.

My 2nd visit to Sepang International Circuit with the GT3 made me fell in love with the car even more. I have to admit that one reason why I was left disappointed in my first visit at the track was partly because I was biased. Those of you familiar with the track know that there are two long straights and this did not do the car justice. Having driven multiple turbo charged cars here, I was left with the impression that the GT3 was underpowered.

I couldn’t be more wrong – I was tricked by the torque delivery of turbo cars. This time around, I attached a transponder to my car to track my lap times. It may be of no surprise to all of you out there, but I was utterly shocked when I saw that I clocked a blistering fast time – faster than the GTR, the 12C, and even the 430 Scuderia. The car was stable around corners – both the fast sweeping corners and slow sharp chicanes – that I went quicker without noticing.

“… I was utterly shocked when I saw that I clocked a blistering fast time – faster than the GTR, the 12C, and even the 430 Scuderia”

Let’s return to the sound for a minute. I initially thought it was too tame for a GT3. And once again I was proved to be nothing more than wrong. Having revved above 4,500rpm, the valves started to open and the sound was just so intoxicating that I wanted to keep driving at high revs! And all this from a flat 6!

I have been driving the GT3 as a daily driver in traffic, on the B-roads and in track. I have clocked over 5000 kilometres with the car at the time of writing.

Driving it around town makes it no different from a 991 C2S. In fact, I would rather have a C2S as a daily driver – its ride is more comfortable, it’s cheaper to purchase and you don’t have a large fixed rear spoiler obstructing your view. Some owners and reviewers have commented that the GT3 is more involving, but I for one am not that good to feel the difference. The PDK-S of the GT3 is also very ‘unfriendly’ at low speeds. It seems as if the gearbox is going to explode with all the mechanical sounds – courtesy of the lightweight flywheel. 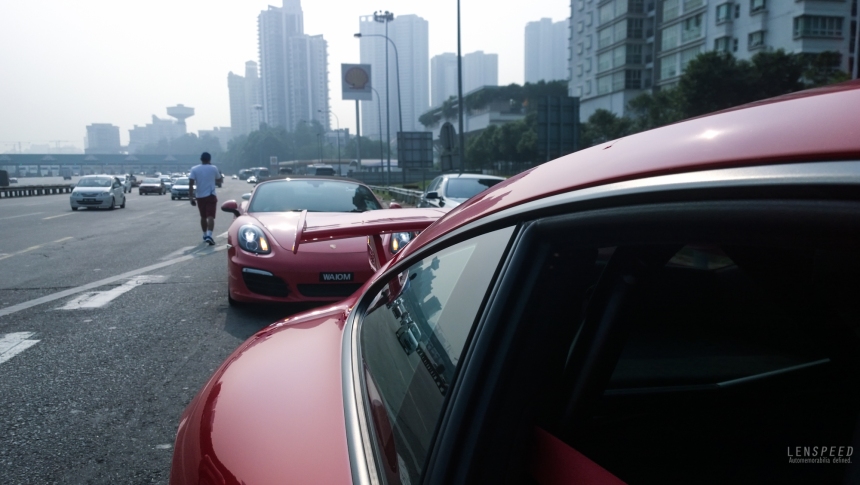 The GT3 is based on the wider Carrera 4S body. It has a huge rear wing to remind everyone that it’s the hardcore version of the two. The added stance makes a subtle looking machine of the C4S look more like a sports car. I have to admit that I’m not a fan of the classic 911 shape. But I grew to love the look of the GT3 over time.

Despite my initial negativity, my opinion of the car started to sway when I brought it to the mountains for a run. It was during my first drive up to Genting Highlands which I was reminded that the GT3 is a track focused car built for the road. The car corners wonderfully thanks in part to the Michellin Pilot Sports Cup 2 tyres. The chassis deserves some credit too. After years and years of developing the 911, Porsche has finally got it right. Despite the engine being at arguably the wrong place, the car feels planted. Unlike the 997, there is less tendency for the car to understeer.

On that particular day, I took a long route home to think a little more about what the car is built for and what it is capable of. In many facets of the car, I noticed that I have been driving it not the way it was meant to be driven. Despite how good the car was in every aspect, I remained adamant that the ride was uncomfortable. Of course it would be. It is after all a track car built for the road. Carbon ceramic brakes were present in my car which made squeaky noises. The GT2 buckets that I optioned made sitting in the car even more uncomfortable than if you chose the electric seats. The compromised ride comfort was partly my fault after all.

At the end of the day, it was a compromise that I was willing to make. The car becomes alive when it is driven at its limits. I would not have spec’ed my car any other way. I can’t imagine how the GT3 could be made better in the future but it is Porsche we are talking about here. At this juncture, I am looking forward to what they would do during the mid-life facelift and with their next iteration of the GT3.

All I can say is: What a machine.