As many reviews out there would now have already emphasised, the BMW i3 is quite unlike any car out there, even when compared to its electric peers.

BMW i’s vision of an electric future gave us the BMW i3 and i8 in the last two years – both of which came to market in a more convincing way than any previous efforts in electrifying the automotive world.

Billions of Euros of research and development resulted in bespoke carbon fibre chassis for both cars, and drivetrains that have never done work in any other BMW before. However, Brand New Things can also mean high risk. Apart from trying to gain acceptance in a market used to combustion engines, BMW i also has to contend with the possibility that being the first market mover may also mean it bears all of the consequences if consumers don’t open their wallets for BMW i.

However you slice it, this is a noble venture indeed, and one Lenspeed is keen to explore. Especially with a 0-100km/h sprint time of only 7.9 seconds for the i3, which we recently drove.

How does it manage it? In a couple of ways: because of all the weight-saving measures the car weighs in at only 1,315kg. Coupled with a 170bhp / 250Nm electric motor, its acceleration times start to make sense. There is, of course, instantaneous torque with electric power, which gives performance that would seriously give supercars a fright, at least at the traffic lights. 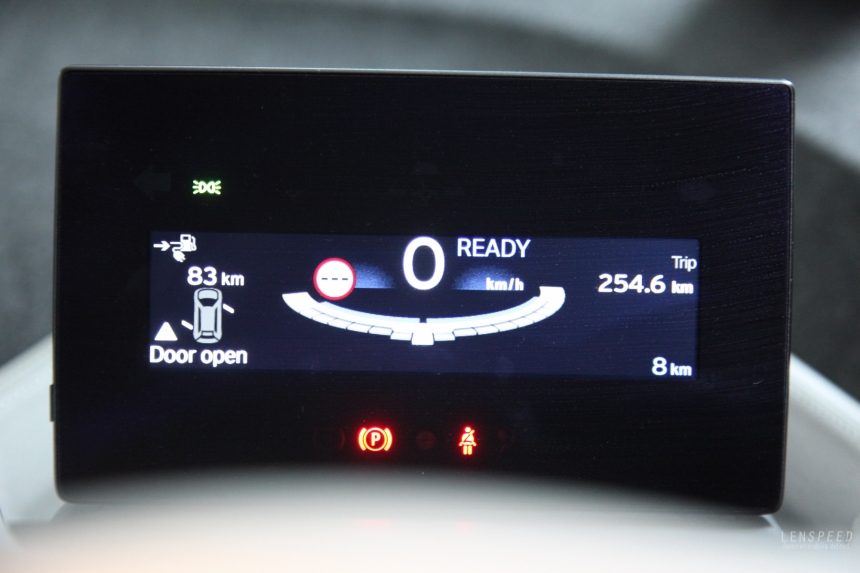 Of course, to use all of this power would sap the battery charge substantially. Officially claiming an electric range of 190km, the i3 only managed about 110km on my test drive – and I did this twice (after a recharge overnight). Suddenly the seemingly superfluous range extender (standard on all Singapore-bound i3s) becomes such an asset. With the small petrol engine, you do get about 110km more range. That works out to be about 220km in total, which is decent but remember you do have to fill up 9-litres every time if you do that often.

Sadly, the range extender does come with a price. It compromises boot space, which is below average at best for a group of 4 going for a road trip (then again, an i3 probably wouldn’t be suited for this purpose either due to its limited range). It is also rough, a 647cc two-cylinder petrol combustion engine better suited for a motorbike, or a generator. It also mars the acceleration of the i3, which would otherwise be 7.2 seconds for the non range extender version – because of an additional 120kg. It doesn’t power the wheels directly, however, only working in the background to charge the battery. Thus, it is still an electric drivetrain and quite distinctly different from hybrid cars. 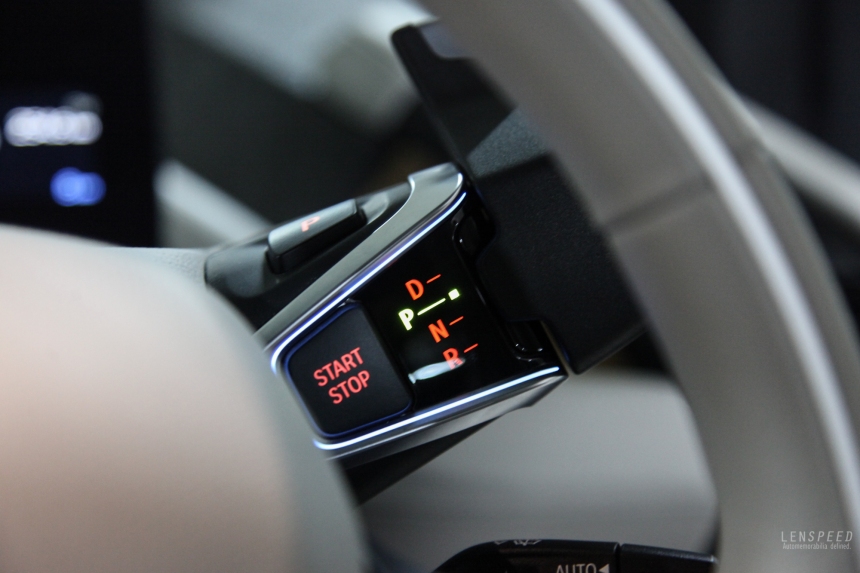 Like all electric cars, you have to get used to the regenerative braking that activates the moment you let go of the throttle. It’s easy enough to modulate, but for anyone who loves cruising as a car coasts along, you can’t really do it in the i3 except with cruise control.

After accustomed to the feisty throttle, the i3 is simply a joy to drive. Steering is direct and accurate and handling is fantastic thanks to the stiff body shell. Even on ridiculous 155/70 R19 and 175/65R19 tyre dimensions front and rear respectively, you get more grip than you’d think and if you broach the limits, the ESP safety net kicks in (yes, in an electric car!). Blind spots are virtually non-existent thanks to windows that extend into the C-pillar. Certainly, the i3 is perfectly suited for the city. 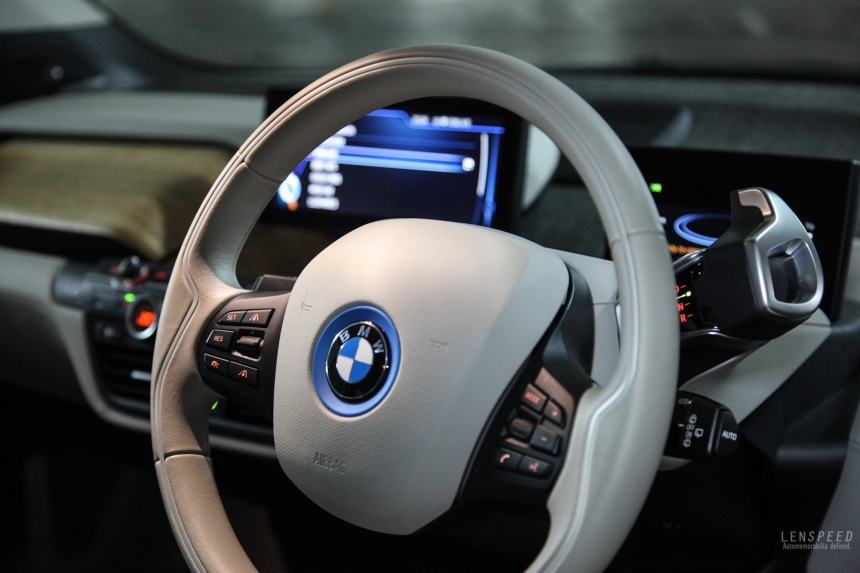 That also applies when you park in congested city lots. It’s more a blessing than a curse that the rear coach doors open as such. It seems to allow rear passengers to get out even in very tight parking lots. The only inconvenience is the front door has to open first before rear passengers can get out.

As a first project of BMW i, the i3 is a stunning achievement. It feels like an electric car already 2-3 generations ahead of its peers. But limitations of an electric car do remain – range anxiety still applies if you do a lot of miles every day, and then finding charging points are a bit of a pain. The car also has its quirks which make an already revolutionary car even more difficult to accept, like its coach doors, tiny boot and 4 seats (as opposed to 5). Oh, and if you don’t stay in private housing, if may be a bit of a challenge to fit in the BMW i Wallbox (charging station) too. Challenges aside, Lenspeed hopes that the BMW i venture will blossom to a tremendous success. It’s forward looking, and now it’s time for the market to catch up.

The i3 is a city slicker

Small boot; petrol engine is below

Carbon fibre chassis can be seen exposed in some areas

You change gears from this controller

Interesting leather and cloth materials are used in the interior