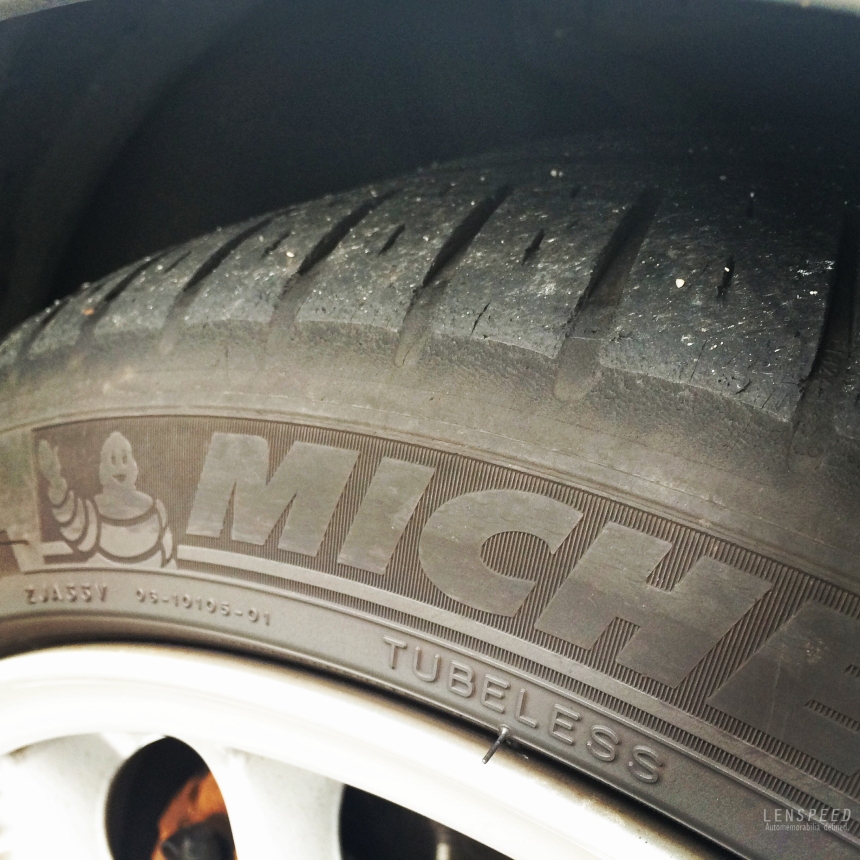 It seems like tyre-changing season here at Lenspeed, with the staff DS3 recently changing to Bridgestone RE002s and the LS460 fitting on Dunlop Sport Maxx TTs. The latter car actually wore Pilot Super Sport tyres, which were great if not for the fact that the Lexus was so far removed from the road, that you can hardly feel the tyres working! They were definitely quieter than the new Dunlops, but what shocked us was the rapid wear rate of the PSS rubber, which was already due for a change after a measly 15,000km. This seems at odds with what others have reported with their PSS tyres so far, so we were not so quick to dismiss using them again, although it did put some reservations into our minds when choosing the next tyre for the S204.

It has to be said that the set of PS3s on the S204 has endured its fair share of hard driving. When I bought the car it only had about 60% of its tread left, so it was only a matter of months before they were due to be changed. The pivotal moment came when the car was brought to a empty tarmac plot where the sidewalls of the front tyres really suffered from incessant understeer. Following quickly after that, the rear left tyre also punctured due to a nail, and the 204 limped along with a second hand tyre (which is in greater shape than all of the rest!).

When I started looking for tyres, it seemed inevitable that I would turn to the PSS. Although feeling like I have been having Michelins on my cars forever, the PSS does seem to be the best tyre around these days, mixing all weather ability with a decent wear rate (300). It certainly isn’t the party pooper like the PS3 was, and is quite rightly the true successor to the Michelin PS2 that preceded it. 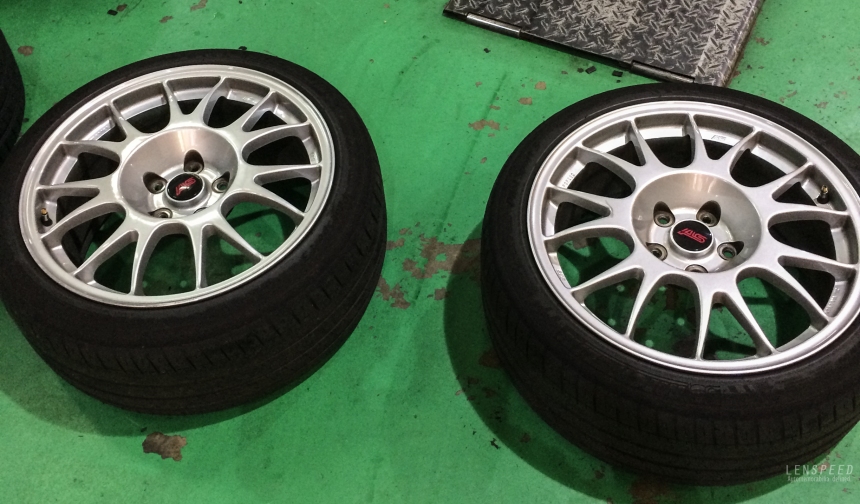 However, being stubborn and wanting to try new things, I looked at Pirellis, Dunlops and even the AD08R from a fan recommendation on our Instagram page. They all were pretty close in price to the PSS however, a bit too close for comfort.

There was a stalemate for a while until I decided to call a shop for a price quote. To my disbelief they gave me a price that was $75 a tyre cheaper than the next best quote! I could hardly believe it for a 235/40 R18 size, and went in haste to get the tyres done. 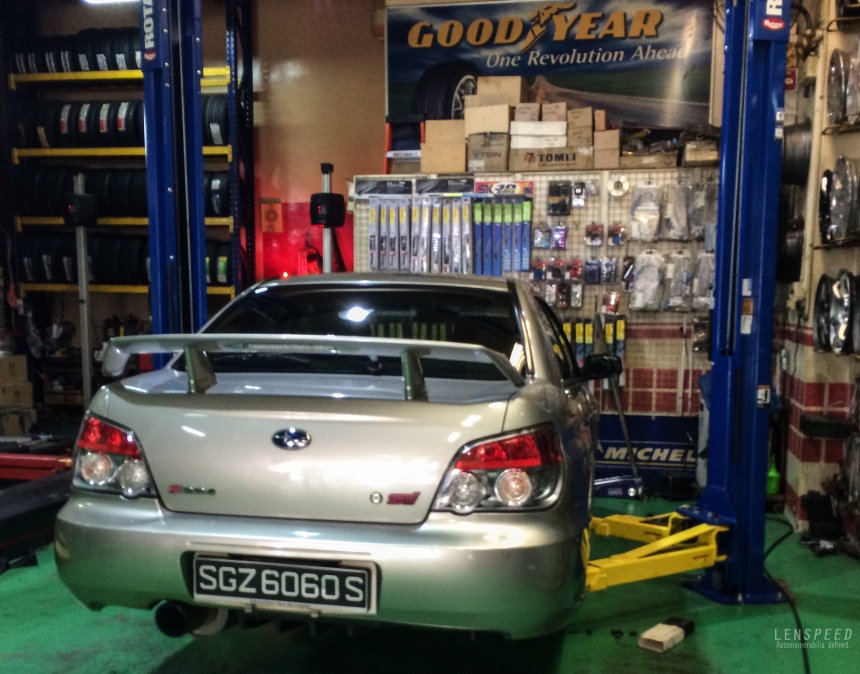 As it turned out, there was no gimmick to the price and I left a happy man.

So far, it’s the running in stage for the tyres so I’ll leave my comments for later, but already the grip is pretty phenomenal. In fact, sometimes I have been cornering a bit too hard already and can smell the scent of tyres when I park up…

Another worrying result from getting the car on a lift: I noticed what looks like rust in the bottom left of my suspension. Before scaring myself further I’m heading to a workshop this weekend to get it looked at. It can’t be rust, can it? 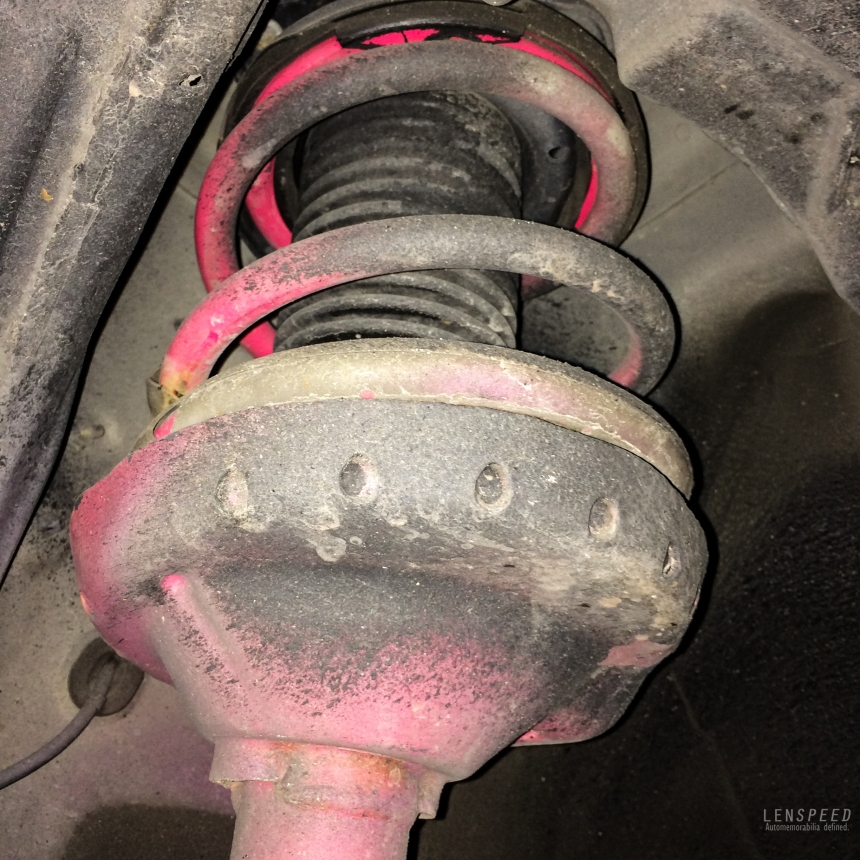 4 Responses to “We’re back to Michelins again”