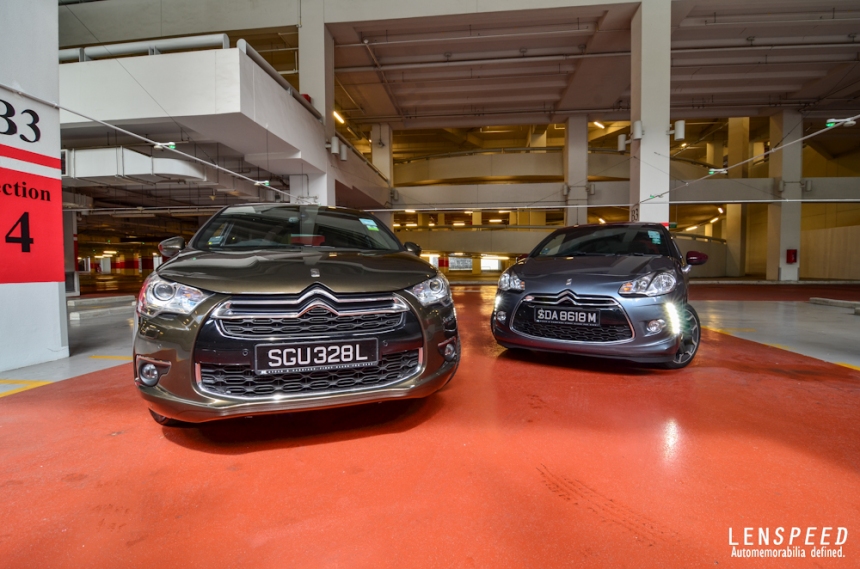 Embarking on a self-motivated “eco challenge” with the DS3 ain’t that easy at all, with plenty of variables factor in. It wasn’t a complete stroll in the park the past two years, as most my driving was done in cut-thrust traffic right smack in the sweltering afternoon heat. On bad days, one tank of 42-litre fuel could gather at most 450km– not that promising for a car with tyre dimensions of 205/45/17, and one that weighs under 1200kg. This statistic can be rather discouraging, and that might also be due to my exposure to the diesel-like consumption of the previous Staff Car, the 122bhp Mk6 Volkswagen Golf (easily clocking up 15km/l on the combined cycle without breaking a sweat).

This time round, I decided to go even easier on the throttle, anticipate traffic, and keep in appropriate gears most of the time (not a difficult task as the 1.6 THP motor prefers to be left operating in its wave of torque under 3000rpm). 70% of driving was done on BKE, SLE and TPE, while the rest were reserved for food hunting in neighbourhoods at crawling speeds.

I noticed that the engine felt most at ease when left in 6th at around 80km/h, and the computer indicated a range between 20km/l to 25km/h when wafting along at that comfortable speed. During city hooning, you can feel that much more fuel will be used when working through the 1st and 2nd gears, more so than from 3rd to 4th. That might be due to the long gear ratios, prompting me to hang onto a lower gear before it runs out of puff.

I managed to clock 620km with 42.5 litres of fuel. That works out to be 14.5km/l. The most encouraging number after 2.5 years of DS3 ownership. Better late than never, then. Not a bad scorecard for a petrol variant that can sprint to the century under 7.5 seconds. Faith in turbo petrol efficiency restored…