From carving corners down a B-road, to shuttling the family off for firefly viewing, the ‘7.5’ iteration of the Golf GTI sharpens a familiar formula further

Forgive us for being quite critical of the Golf GTI. We are hardest on those we love the most, and with the GTI, at least three of Lenspeed’s staff have at least owned one at some point. Two still soldier on with Mk5 GTIs, festooned now with freshly renewed COEs. You could consider us fairly passionate about this hot hatch. 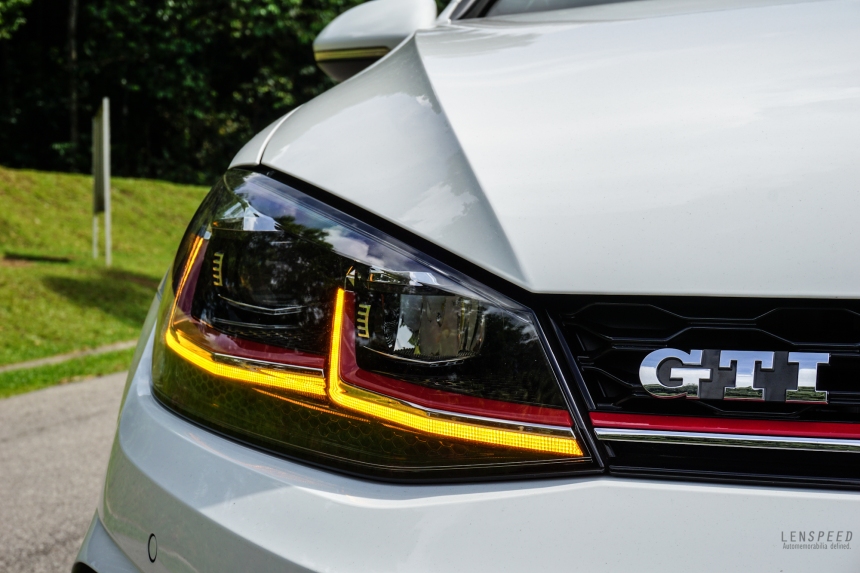 You would have known the old story by now, about how the Mk5 changed the game for the GTI, and thereafter the formula stuck. It literally reads off a textbook: TFSI/TSI + DSG = the hot (insert car variant here) of today. Everything from Nissan GTRs to Porsche 911s to BMW M5s now have some form of a turbocharged engine paired with a dual clutch gearbox, so needless to say it was quite a watershed car, the Mk5 (yes, it may not have been the first, but it certainly was the most popular). The latest imitator is the Hyundai i30, which is maybe proof that there is still life to the now age-old concoction yet. 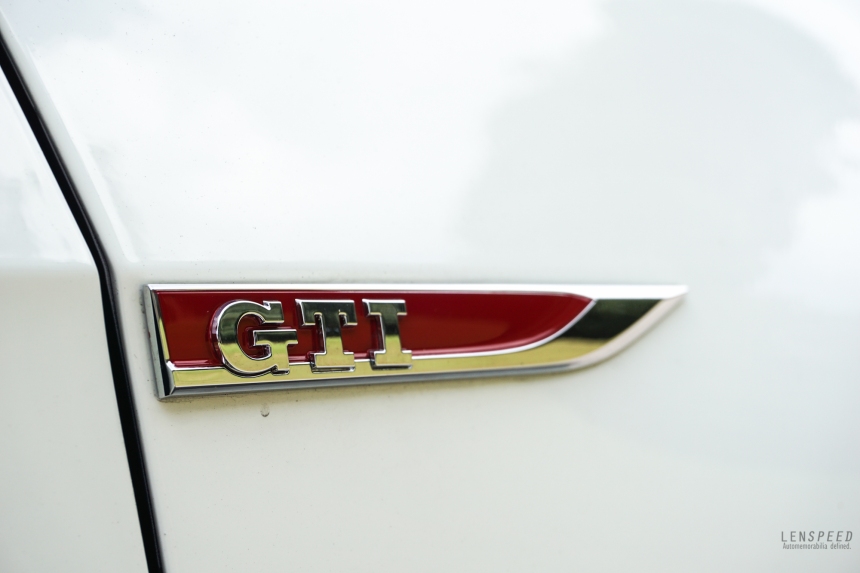 So it is with great familiarity that we swoop up the keys to the Mk7.5 Golf GTI. Yes it’s all very mature and polished, so much so that the facelift – for enthusiasts – is hardly noticeable in terms of drivability. The Mk7 already set the standard so high that the extra 10 PS in the 7.5 is more for the paper chase than anything else. In fact, it does lag a fair bit so when boost kicks in it overwhelms the front tyres more than expected (but it could have also been due to worn tyres). 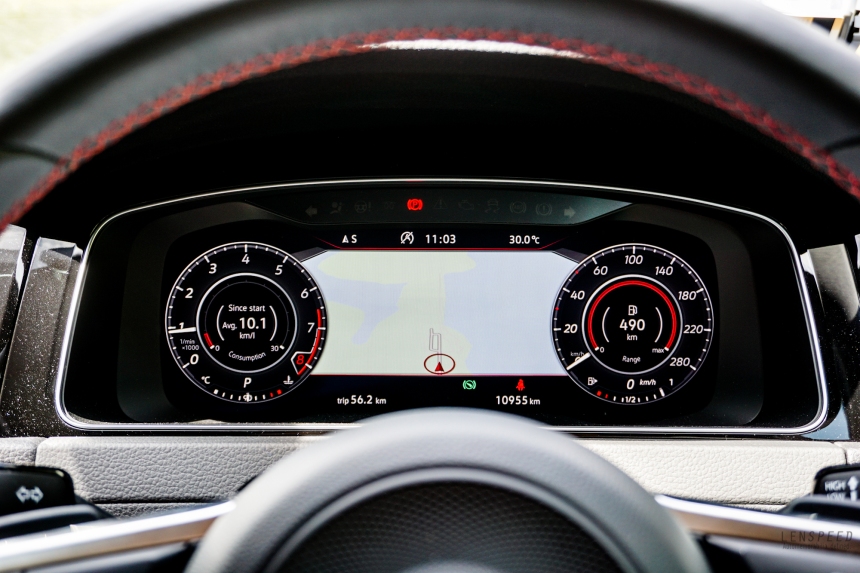 The most major change for us is the gearing of the steering, which feels almost as meaty as in the Mk5, but far sharper and accurate. The pre-facelift Mk7 felt a tad light and lacking feel, but they dialed it back in here. Otherwise, everything else is business as usual. Perhaps there is a tad more finesse to the gearbox shifts, but we’d be none the wiser. It’s going to be a moot point anyway as Mk7.5 GTIs will soon come with a brand new DQ381 7-speed gearbox that currently does service in the Mk7.5 Golf Rs.

Perhaps what’s more noticeable is that the signature red stripe now creeps its way into the headlights more definitively and there are snazzy dynamic turn signals for the rear lights. The interior received a strong touch, with the newest toy in the car world – a screen replacing the instrument panel – that Volkswagen calls Active Info Display (AID). The 9.2-inch infotainment system is also redesigned, as if the last one was bad at all, and features gesture control now. All very fancy, but we would be just as happy do without the technology as well. 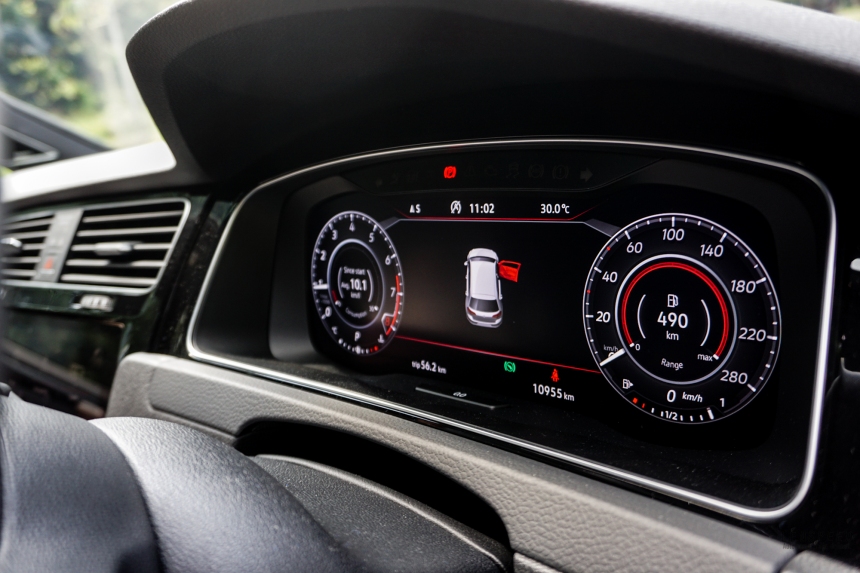 What’s very cool for a Mk5 owner though coming to a Mk7.5, is discovering how much better the interior is packaged in the newer car. There is so much more space around the footwell, with smarter and neater design. Now that’s an improvement!

On a whim, we decided on a slightly extended test drive by driving into Johor to catch some fireflies at Kota Tinggi. Thus, the GTI was subjected to a gamut of stress tests – from the dead slow traffic on the Second Link, to the maddening crowds in Johor Bahru and the winding B-roads towards Kota Tinggi. 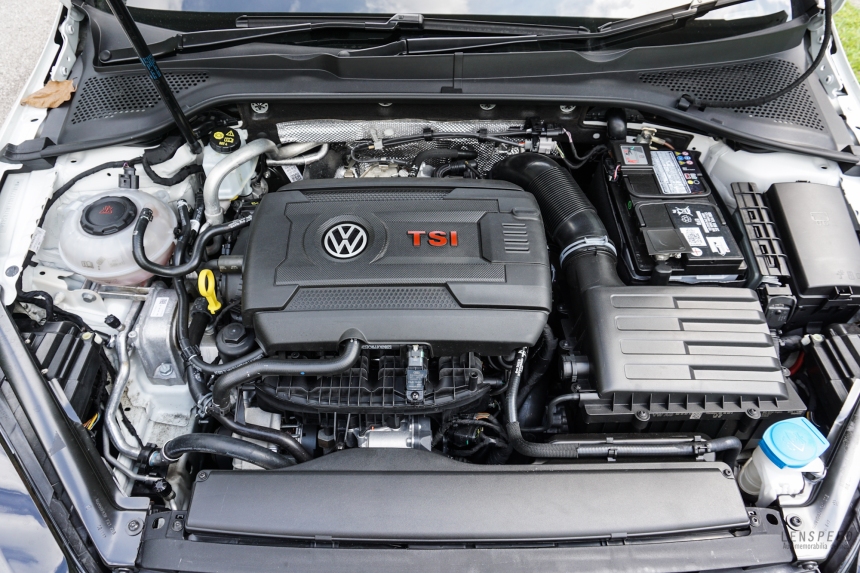 It didn’t surprise us, and neither would it you, that the GTI excelled in all of these situations. With Auto Hold, a small footprint and a cool Dynaudio sound system, sitting through the traffic was no sweat at all. On the B-roads, the GTI was pure entertainment. With tyres a little worn, we could get the chassis to work a little more with the road, and discovered roadholding is infinitely secure; if one could nitpick, maybe a little dull. But you can really go faster than you think without feeling at all worried you’ve overestimated yourself. Body rigidity is up there with the best of the lot, and the MQB chassis doesn’t feel aged at all next to competitors. 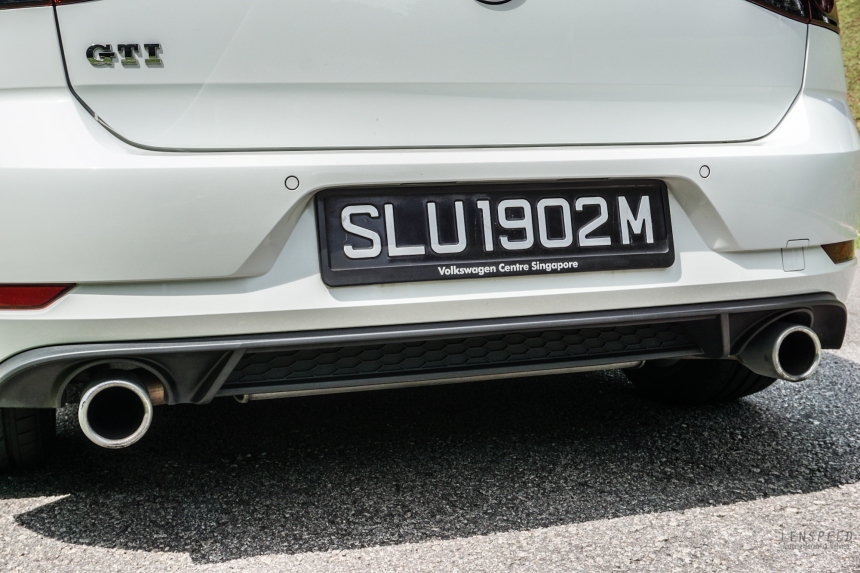 If there was anything surprising, it was that the Mk7.5 rode a bit harsher than the Mk5, more sports car like, even with its larger rims factored in. Brakes are also direct and some may say even a bit too grabby, but it all contributes to a more committed experience. It is by no means unpleasant, but combined with an exhaust note that can sound a bit synthetic at times, it could feel a tad contrived. All things considered though, we are picking on minor grievances.

We finished off the weekend with fuel consumption logged at 11.1km/l, so we could have easily achieved a range of above 550km even when pushing hard. That is a GTI all right – a car for everything and everyone. It still remains the swiss army knife of hot hatches, but we think we’re ready for the next revolution in the Mk8 GTI. The formula is already close to perfection, so something new is due. Perhaps a hybrid GTI is in the cards?