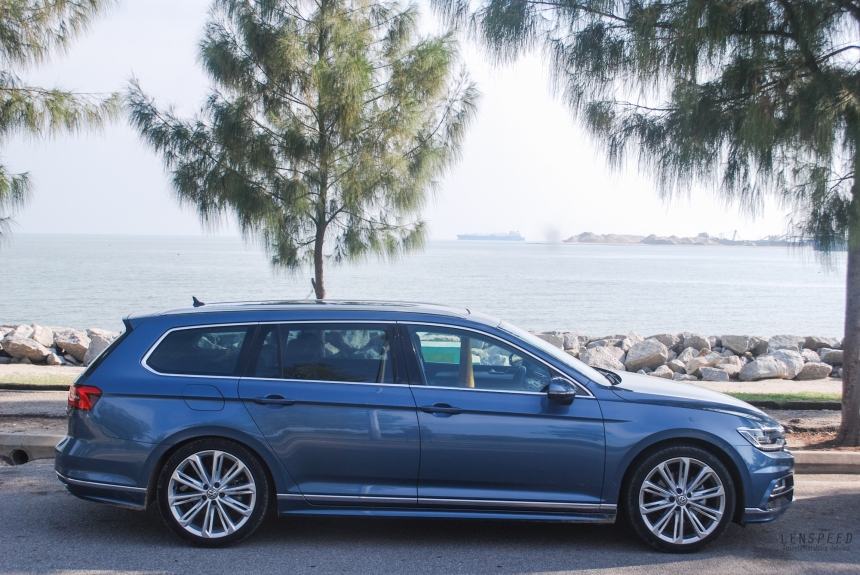 My back really hurt when I got back to Singapore.

Not because of the Passat Variant I had over the weekend drive into Malaysia, not at all. It was because I jumped into my old Honda, and suddenly its suspension felt creaky, stiff as a plank and inexplicably harsh. What could have caused this?

I initially suspected heavy loads could have taken their toll on it, but as time wore on it slowly dawned on me that because I was so pampered by the VW, my own car just didn’t match up any more. It felt broken next to the utterly excellent, supremely comfortable Passat.

I actually never planned to take the car up north. But at the spur of the moment, and in the spirit of testing the car properly in varied environments rather than the humdrum of urban Singapore, I decided to do it. It’s been a while since the family has been back in Malacca, and it’s durian season (sorry for the aftermath, VW). 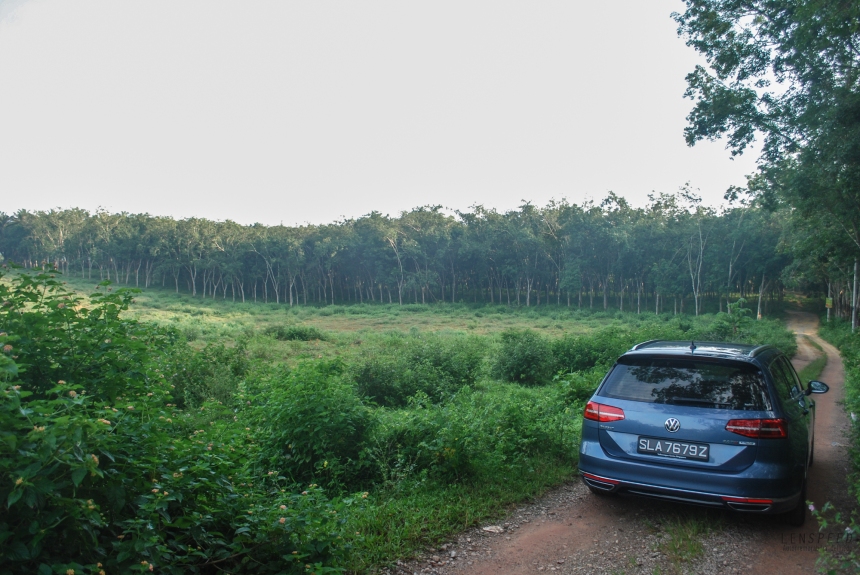 What can I say? Predictably, the Passat shines on the North South highway. It rides beautifully, even on its large rims, the engine is flexible and more than capable at a high-speed cruise, and second row legroom is just awesome. There was nary a complaint at all from all passengers. What’s appreciably special about the Passat is how good it is in town as well, when we entered Malacca. With the dependable 6-speed gearbox, it shifts efficiently and manages to retain most of its fuel sipping nature in the urban landscape too. The engine pairs well with the smooth gearbox, and this is the combination we’d always pick over the 1.8 engine with the 7-speed gearbox.

It’s worth mentioning about the chassis. Yes, we have already spoken praises about MQB. Honestly, the one in the Passat is so good and continues to astound. It trumps almost anything in its segment with its rigidity and integrity. It feels like a one-piece item hewn from solid metal, yet it is so light and makes the Passat feel very agile. On rough roads to the durian plantation the chassis is totally unfazed at all with the bumps and dips, neither flexing nor complaining with creaks.

The interior is also wonderful, high quality and an exercise in German restraint. It wouldn’t look out of place with an Audi badge. Being a wagon, the Variant also helped us to load all the massive amount of shopping that the women did. It must be said though, that while the electronic instrument cluster is novel, it seems a bit overly complicated at the end of it. I found it useful for navigation purposes, but I am in the camp that prefers a head-up display to this.

If there was anything to improve on (and we are struggling here), it’s that the car lacks a bit of soul. It’s perfectly executed, but a little playfulness would be nice. Then again, the looks of the car are already a huge step up from before, and it is genuinely handsome and classy now. Who are we to complain?

It was the perfect road trip companion, and we now feel a little worse for wear in our own car. That is full praise for the VW and how it completed the trip so effortlessly that everyone in it got used to its high standards. This could be the most complete wagon in its segment today… Volkswagen does a winner again.