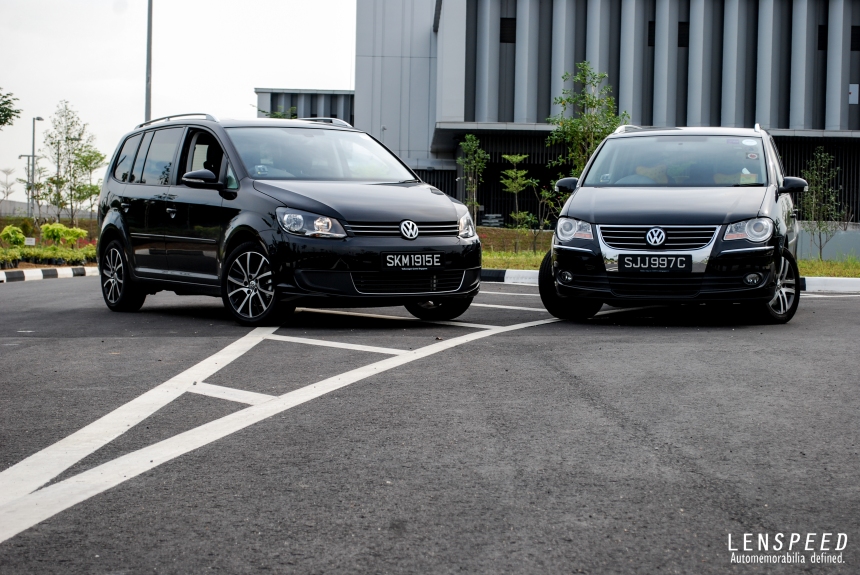 Marketed as the “seven-seater sports car” in Singapore at its launch campaign, the Touran was an oddball from the very beginning, providing serious performance in an admittedly dull exterior packaging. We like to bet that the Tourans you’ve seen on the road have been surprisingly quick off the line and even around corners, which is totally at odds with its traditional three-piece box shape. We suppose Volkswagen always had a sense of humour. 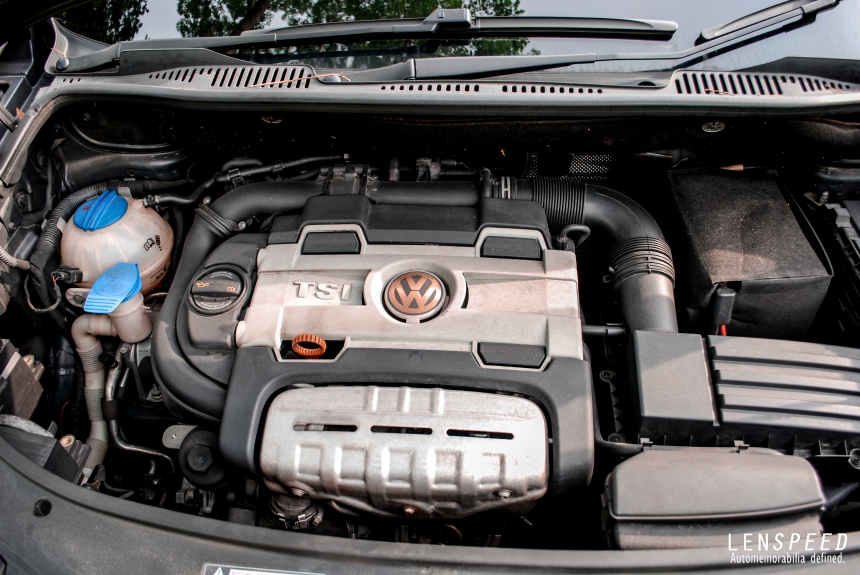 Until early 2014, Tourans in Singapore came only with the twincharger petrol engine, which for the purposes of this test is rated at 170bhp and 240Nm in the 2009 example Lenspeed sampled. This engine, already heaped with praise by international media, is truly a gem, sprinkling the Touran with more sparkles of magic than it would have you believe. 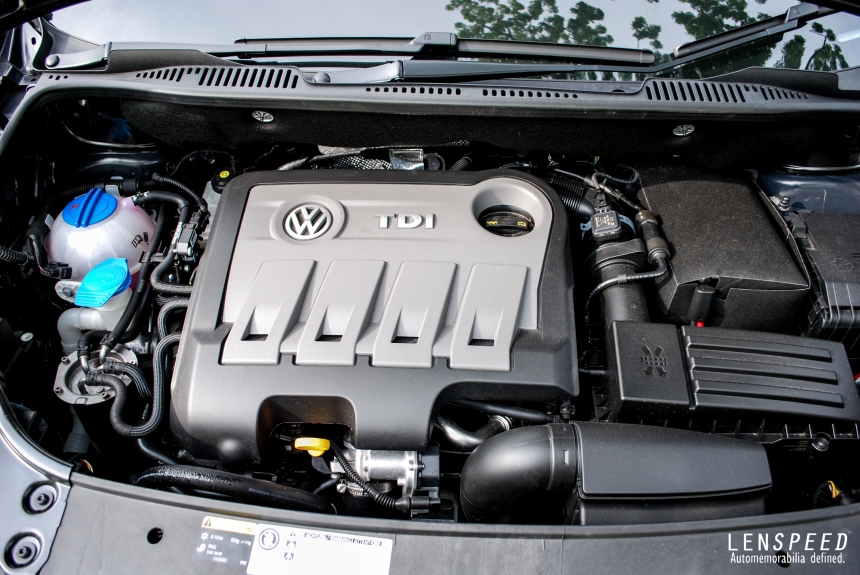 Early this year the TDI version was released, which provides an interesting backdrop to the already-excellent TSI version – would you pick a diesel Touran that, while traditionally having a lot more torque, is only 10Nm up from the petrol Touran? Add the fact that it is 65bhp down from the TSI’s output, and the comparison gets interesting – let’s find out. 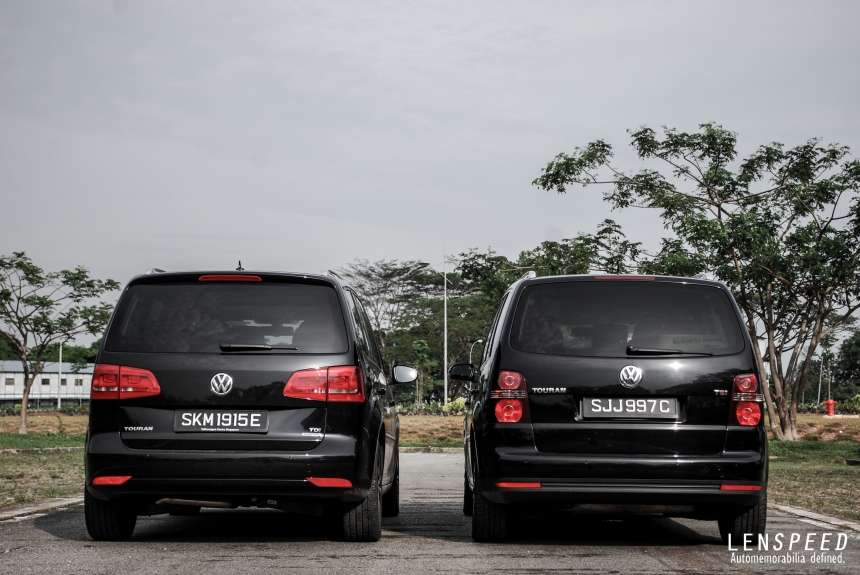 What is common between these two cars is already half the battle won in the MPV market. Shedloads of space, including foldable and removable second and third row seats, means that the Touran fulfills its brief well. Its chassis is stiff and it shows with tidy, agile responses, offering utterly predictable answers to unevenness on the road. Blessed with a multi-link rear suspension setup, the Touran genuinely handles like a slightly bigger and taller Golf – no small feat considering its broader job scope. It is an undeniably good drive, as much as you want to dislike the car because of its looks. It definitely over-delivers on its visual promise.

Driving these two cars back to back is revealing, however. Saliently, the petrol engine offers staggering amount of performance from the get-go. Thanks to its supercharger, it overcomes the lag associated with both a small and a turbocharged engine, offering a low-end power delivery that outshines even that of the diesel’s, at least until the latter’s turbocharger kicks in. Yet, because its turbocharger has already spooled up in the later part of the rev range, the TSI continues to pull all the way above 4,000rpm, after which it starts to lose its momentum but not its eagerness. It’s more willing to rev all the way to its redline than the diesel, although there is hardly any need to. Even after 76,000km, the TSI engine felt like it has lost none of its horses, putting up a very, very impressive performance that constantly surprises one who has not tried a twincharged engine for some time.

The TDI offers no such surprise. It’s expectedly punchy, but not before you overcome a pronounced lag in the low-end that is simply absent in the TSI. This is a surprising finding for a diesel engine, which has always banked on low-end torque as one of its main selling points. One has to remember, however, that the twincharger is no ordinary petrol engine…

Given an extended period, the TDI version starts to grow on us. While offering performance that is more sedated, it was certainly paying off in terms of fuel consumption. The long-term average fuel consumption for the TSI was 9.5km/L, while the TDI managed 11.5km/L, even achieving 25.1km/L on one particularly economical journey! There is without a shadow of a doubt that the diesel engine is more economical, despite being ragged hard. It’s a grizzly sort of motor, but also one that feels pretty reliable and fool-proof.

Although both cars are equipped with different gearboxes – the TSI has a 6-speed DSG while the TDI has a 7-speed DSG – the differences are nearly imperceptible despite what has been said about the 7-speed box being more jerky and indecisive. If anything, the 7-speed box feels slightly faster in its shifts, although perhaps slightly less willing to kick down a gear. 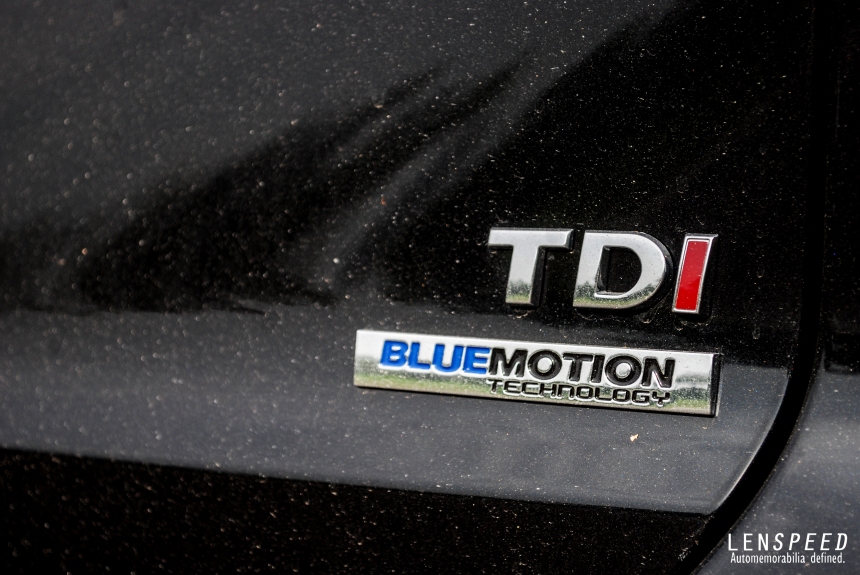 Before I took these two cars out, I expected the Touran TDI to be the superior car by a comfortable margin, which is fuelled in no small measure by the hunger set upon the Singaporean driver for efficient diesel engines that have been out of our reach for so long. But in reality, this twin test has shown that petrol engines have made a strong comeback in the last couple of years thanks to forced induction, providing a power delivery that naturally aspirated petrol engines can never achieve before. While these new-fangled petrol engines cannot quite match the fuel economy of diesel engines just yet, if the Mk7 Golf 1.4 TSI is any indication they are definitely improving by leaps and bounds with each generation.

“Either way, you’ll be driving one of the finest MPVs in the market…”

In this case, the conclusion would be this: if you want a seven-seater (sporty) car, you’d enjoy the TSI version more. If you want the ultimate practical seven-seater car, the TDI version is just that. Either way, you’ll be driving one of the finest MPVs in the market, even if they are a little long in the tooth now… 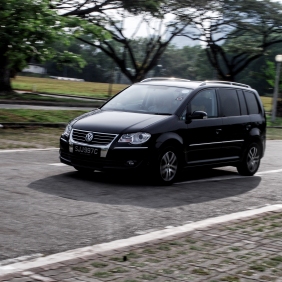 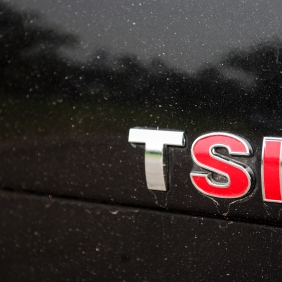 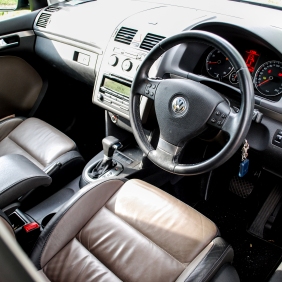 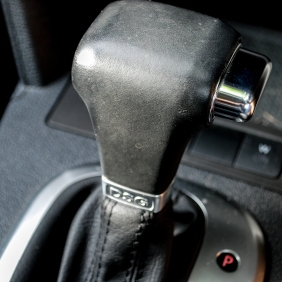 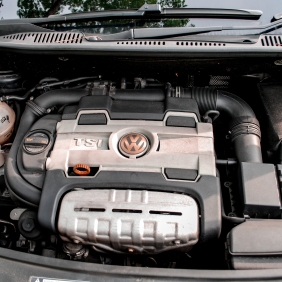 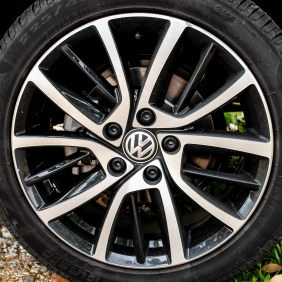 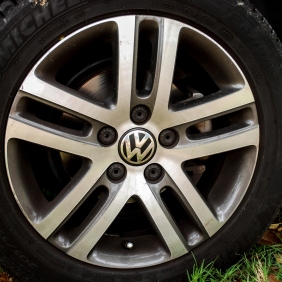 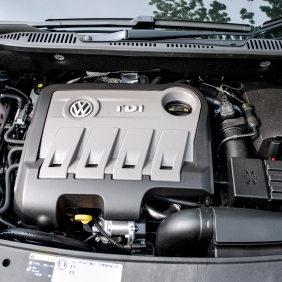