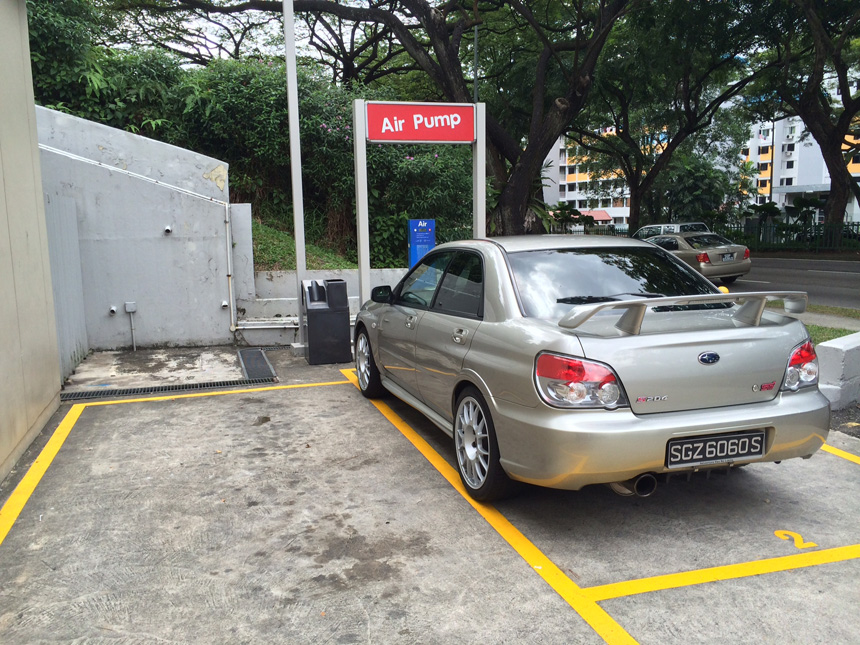 After a quick Saturday morning wash I was off to the pumps to get the tyres inflated again. Although they didn’t look like they were under-flated it had been 3 weeks since I got some air into them.

What surprised me was that every side lost nearly 10 PSI in the 3 weeks. I wonder what caused such a drastic loss of tyre pressure. I can only assume that the cornering forces that act on the tyres really put a strain on the pressures. If it has been potholes that were the culprit, that would have affected one or two tyres, not all of them. Nevertheless whatever it is, this is a lesson that I’ll have to get the pressures checked at least twice a month. Another routine on top of the fluids check I do every week now…

In other news, coming out of the Park Royal hotel car park the front lip was scraped. Although no visual damage was done, the bottom of the lip feels scarred and there was a audible rash heard from the interior. I think it’s time to swap for a plastic lip before I embark on my 2-3000km drive next February, when the car undoubtedly will be receiving many stone chips and surely at least a few scrapes from the uneven roads, especially around Lake Kenyir. Can’t wait though. Cars are made to be driven, not to be kept at home!

Merry Christmas and a great new year to everyone!