The Goodwood Festival of Speed has many things, but the one thing I did not expect was to see a Tesla booth. Right in the heart of hare-and-barn Britain, sat on the slightly burnt grounds of the Goodwood Estate, is the most advanced car ever to come out of Silicon Valley.

It’s the first time I have ever acquainted with a Tesla Model S in great detail, and what an experience it was.

OK, so I didn’t get to drive it. But the fact is that in the 25 minutes of sitting in the car, my entire worldview of cars shook a bit in that short period of time. The Model S really is something truly extraordinary, a car that feels like it is already from the future. And believe it or not, I actually had a faint but formative desire to own one. Yes, an electric car…

I hope to share a bit of that experience with you in pictures. Let’s start with the first bewildering observation when one opens the bonnet!

In a conventional car you would see a stonking engine with a flurry of wires, pipes and liquids, but in this it is simply an empty space for storage and luggage. What wonders this can do for a car’s balance is simply staggering – what is nose heavy handling, you say? Ain’t got a nose here for you brother…

The door handles are another nice touch. While feeling rather cool to be opening these just by touch (the handles aren’t mechanical at all), I rather fear that they might suffer the McLaren syndrome of failing to work most of the time (the English company eventually reverted to a button system). 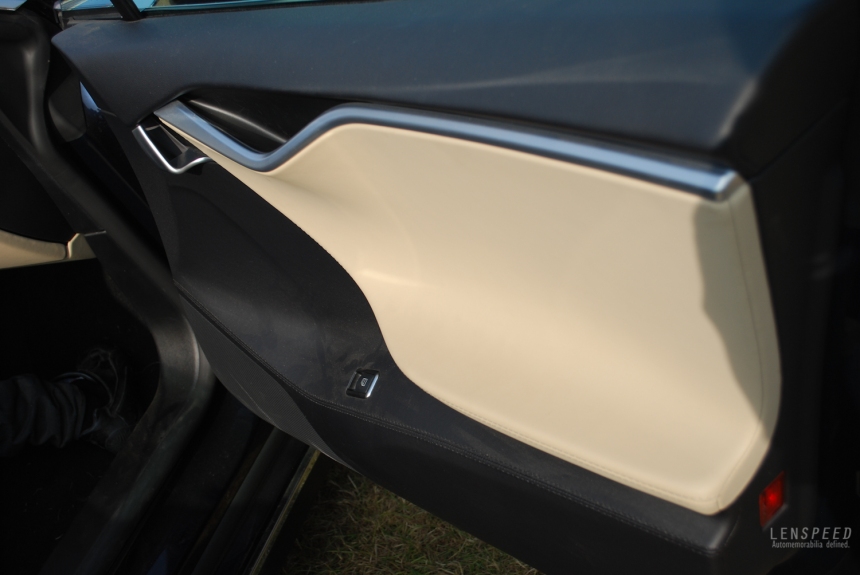 Interior trim is very futuristic – check out the integrated door handles. There is a lack of design flair here though, I think. That said, it could well appease most people who just want a door that works.

My dad said this looks like a Maserati, and I guess that is a compliment. I think it looks like a catfish – both of which are pretty promising things to allude to.

The most fascinating thing about this five door saloon (plus rear hatch) is the extra 2 seats in the boot. Yes, your kids will be facing the driver behind you and probably poking fun at them, but they would be having the time of their lives too. Just hope they don’t puke facing the wrong way.

OK, Tesla is a master of technology – but its interior leather stitching leaves much to be desired, with some threads already fraying. No big deal, but just remember Teslas don’t exactly lovingly stitch your leather armchair or armrest like the other big boys do. 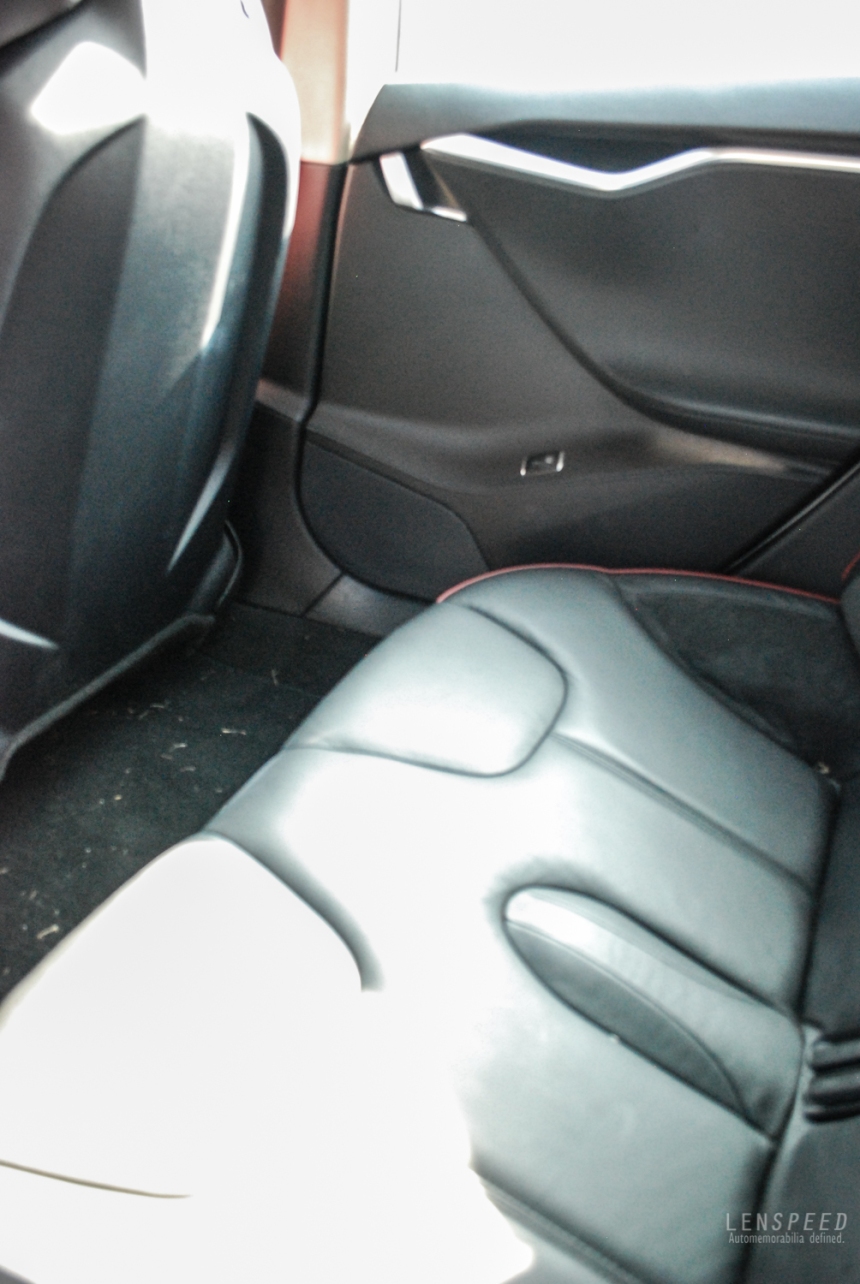 Rear seat space has to be tried to be believed – it is huge because of that flat rear floor due to the absence of a transmission tunnel. All good – the space gains are not just in the rear but in the front as well, in the centre console and in terms of legroom. There is just more air everywhere and less thing. 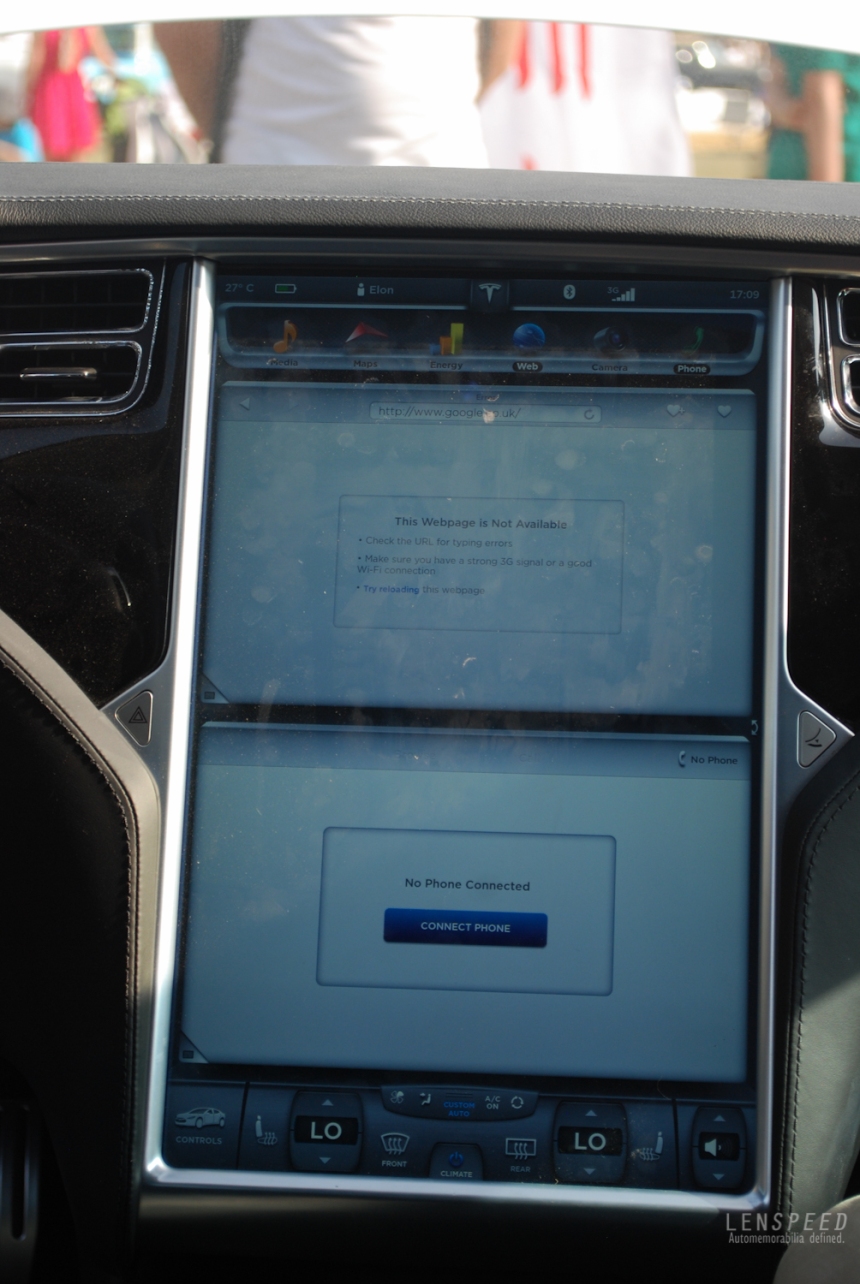 That gigantic screen dominates the whole Model S experience, and controls everything you can imagine in the car. Initially, I didn’t like how it was integrated into the dashboard, and I still don’t. But the dislike is lesser now after learning that it is actually pretty intuitive.

If the steering wheel looks familiar, then let me jog your memory – it is from Mercedes and so are the turn indicator stalks and gear selector. Mercedes took a stake in Tesla some time ago, which explains the parts sharing. 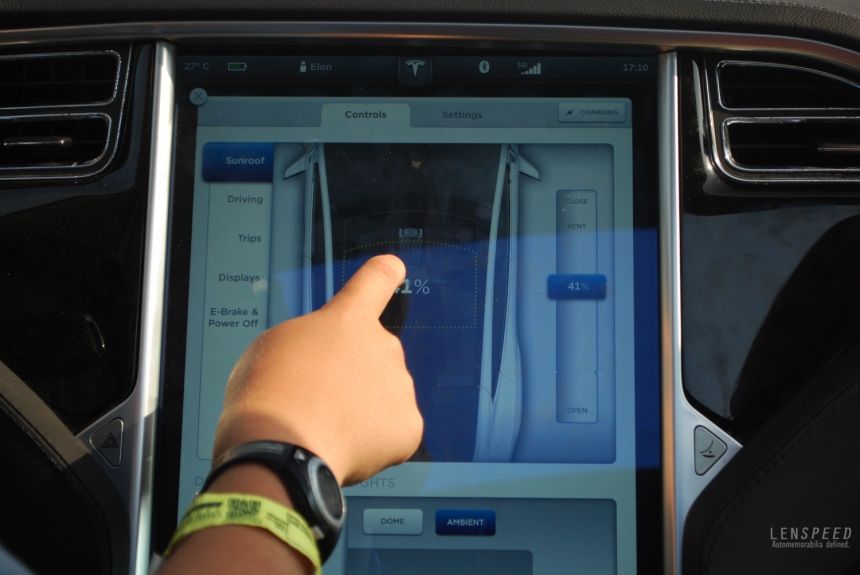 You can use the screen, for example, to open your sunroof just by dragging it on the display.

This is the truly magnificent instrument panel of the Model S. It is the sharpest screen I have seen in any car, and it is like having the latest computer monitor right in front of your steering wheel.

Just to emphasise how sharp it is and what detail you can see. That cool scale model shows what doors are open in the car, and below that is the all-important remaining mileage. 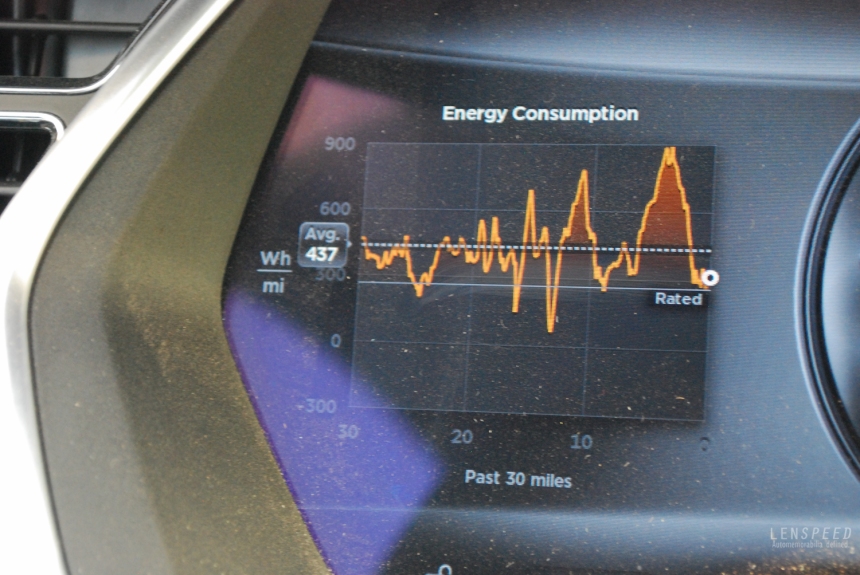 For all geeks, hear hear: monitoring your energy consumption obsessively is now possible with the Model S’s consumption graph… 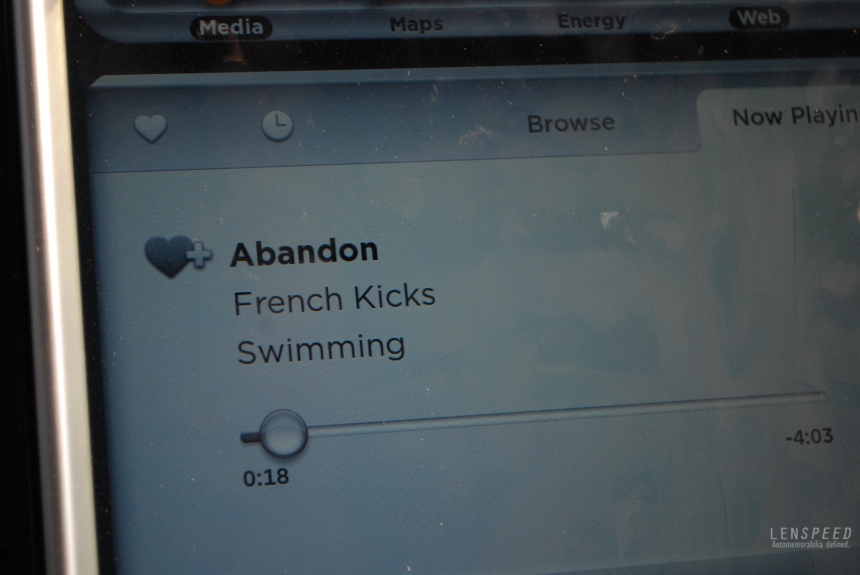 The large screen is less sharp, but it still works well and is almost as intuitive as an iPad. Almost.

The Model S is not merely any electric car, it is also a sports car as claimed by Tesla. So you can tweak the steering and throttle response. Curiously, you can also set the amount of regenerative braking and whether you would like the car to creep or not. Cool. 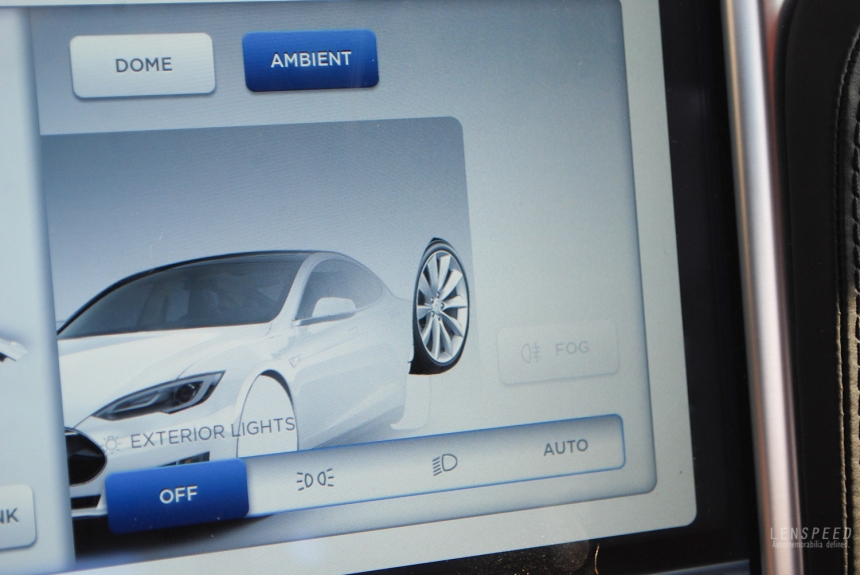 As you can see some parts of the software still has bugs… But I didn’t notice it until the kind Tesla spokesman pointed it out to me. He said it will be ironed out very soon as this software gets updates quite frequently through the built-in WIFI.

So, there you go. Feel free to ask any questions about this remarkable car.