Me and my dad have always been Mercedes fans. We used to have the W126 300 SEL (two, because the first one broke!), the W140 S320L and the W220 S280. A personal favourite of mine, and one my dad also agrees with, is the W140. Ours was a glorious white leviathan of luxury, something that had effortless commandeering presence on the road and build quality that rivalled many a German tank. We have never come across a Mercedes that felt quite the same way again.

The W220 started the downward spiral when it felt like such a downgrade from its predecessor. OK, maybe the fact that it is a SWB model might have some part to play in that, but then sitting in a LWB model didn’t change my impressions very much for the better either. The best experience I had in a W220 was in a S500L in Hong Kong when we were given an upgrade in our taxi ride from the airport. I absolutely loved the serene silence, which brought to light the wonderful capabilities and breadth of abilities of V8s. But that’s for another story…

So the W220 – why did it feel so out of character? I reason that one factor has got to be the interior. Material quality went down several notches, partially because Daimler merged with Chrysler and like most mergers, it was never one in good taste (especially when you are talking about the merger of German and American corporate environments). DaimlerChrysler had to cut costs from its development, including the high-end Mercedes models. Sadly, the W220 bore the brunt of cost-cutting as I never felt such hard plastic ever before in any Mercedes interior. Sure, the car was quiet and perhaps also quite refined, but it never felt dignified like it was in the W140. What was worse is that the AIRMATIC suspension proved to be a massive headache, with replacements costing us the earth. After some frustrations about maintaining a problematic car, we jumped ship and joined the VAG group with a VW Phaeton.

We were with the VAG group for several years, which also resulted in a A8L 4.2 quattro. Remember what I said about V8s? Yeah, this right here, is a proper luxury car. We were happy with it for quite a while until the high road tax and austerity sentiments brought us to sell the Audi. It was a painful decision, one which I still wonder whether is the right choice. It felt like a keeper.

We swapped it for a W212 E250 CGI. We thought that the new generation of Mercedes cars must have surely improved, with Daimler now resolved to having a clearer vision of where it is going, freed from the shackles of Chrysler. The interior is also a looker, and up till today I still prefer it over the interior of what we replaced it with (more on that later). 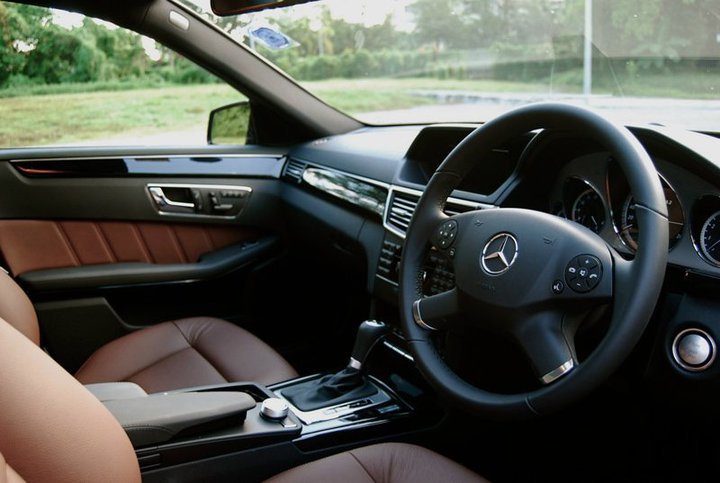 We chose the beautiful Cuprite brown exterior and a brown interior/ashwood combination. It was the perfect specification, the one I have been drooling over brochures for.

The engine was a great leap for Mercedes, after it had been using the Kompressor four-cylinders for the longest time. With a KO3 turbo, it also promised lively delivery and up till the end of its service, I had no doubts that the engine is a great motor, lively and torquey and punching above its size.

What I had greater doubt about was the 5-speed gearbox.

Now we have had this gearbox in the past (in the W220 S280 for example), and it never posed a problem for us, so we assumed that it was not much of a problem for the E250, especially with a small capacity engine.

What we did not realise is that the small capacity engine is the problem. The gearing of the gearbox was poorly paired with the torque curve of the 1.8-litre engine, causing unnecessary dragging of gears to get the car moving (3,500rpm at a 50km/h cruise?) before it took eons to kick up into higher gear. It would have been less of a problem if the car was mainly driven on highways, but in the urban setting of Singapore it was disastrous. The car genuinely felt worse to drive than a Toyota Corolla.

In its natural element, the open road, the E-Class felt wonderful. There, the gearbox stayed in its top gear and thus you didn’t really feel any jerks. It also kicked down OK with generous throttle inputs. But in start-stop traffic it was just ridiculously bad. What puzzled me was, why isn’t anybody else complaining? I reasoned that the towkays driving this car probably didn’t bother and didn’t have time to bother even if they did. They could just sell their car for another when they weren’t happy.

I raised this issue up many times on public forums, and it seems that people understood that MB was way behind time having a 5-speed gearbox in an E-Class in 2011 when it already had its 7G-TRONIC in the market for a couple of years now. What drove the nail into the coffin was the poor performance of the gearbox – I drove my auntie’s Mazda 3′s 4 speed automatic and that felt so much better. 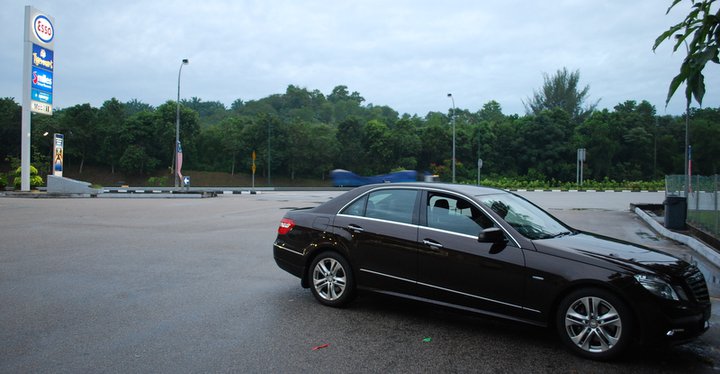 We tried to live with it for a couple of months. Sometimes it would be OK if I were doing most journeys on highways. But at other times, I just wanted to abuse the car so bad for causing me pain in looking at my FC figures drop and my driving experience marred by all the jerks. We tried to fix it, but no workshop ever found a problem with the gearbox. It was the way I drove, they said.

We really wanted to like the Mercedes. And in some respects, it is a better car than ever – the handling is fantastic, a real surprise – but then MB also traded it off for a crashy ride that was unbecoming of an E-Class (note to anyone interested in a W212: please do not get the Avantgarde or AMG suspension if you like your ride comfort). It was irritating too, because from the first day we got the car the suspension was already making clonking noises that showed up whenever we were going through low speed irregularities on the road. It was the last straw, and the suspension probably sealed the decision to sell.

It was painful, because I really loved the interior (relished sitting in it at night while waiting for my mum to hop in) and the handling can shame many cars smaller its size. I drove it like a hot hatch and it willingly obliged (although the suspension did throw the steering wheel offside sometimes).

But alas, we cannot justify paying for a car that simply didn’t give us more joy than sorrow. Letting it go was a burden removed: we didn’t have to settle for second-best anymore. The next car, we promised ourselves, would be a simple one that fulfils the typical portfolio of a luxury car. No need for fancy turbo engines, we just want something that works and works well. Now that’s a story for another day…

Average fuel consumption: 12L/100km (blame this on the 5-speeder)