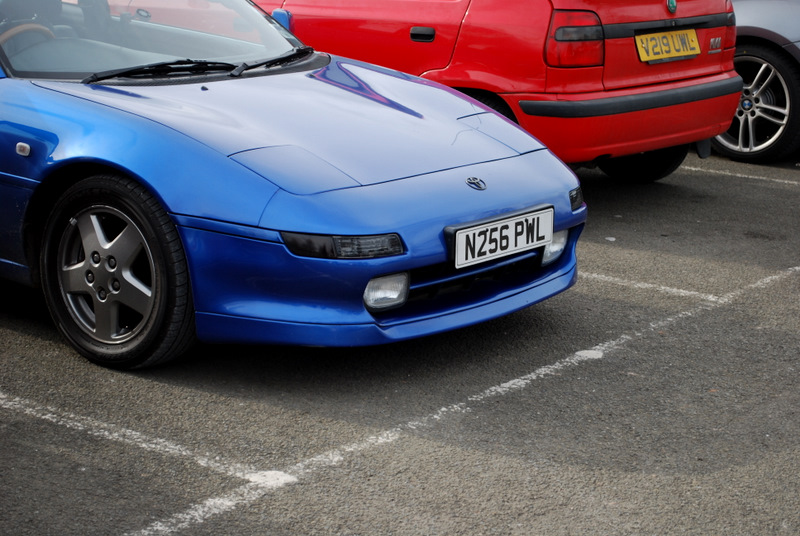 So in a rather hasty fashion, I’ve went ahead and bought the third MR2 I saw. That’s a better record than the Mk2 GTI, which was the first car I saw and then signed for. Already things are looking much rosier than what I had experienced with the patchy GTI. The car’s got a full service history, an excellent exterior and interior condition, new tyres, a re-fitted cambelt, a new water pump, a full service (oil and filter change) and a coolant flush. All that’s on top of a year’s MOT and tax. I am not at all disturbed by the 156,000 miles it has done, you can’t even tell from the car’s condition apart from the slightly wrinkled leather and breathless electric windows.

Just as well, I had planned a visit to the Mini factory in Oxford and the Bentley factory in Crewe so the MR2 would be making its first road trip just a day after I brought it home. A total of about 400 miles was done in the span of two days. A couple of impressions of the SW20 if you’d allow me after all those hours of driving:

1) The car is loud
Apparently I underestimated the noise that permeates the cabin from the engine just behind the cabin. It’s always present, slightly intrusive at 50mph and encouraging permanent ear damage at 70mph. It’s not an bad noise, but not a very pleasant one either. If the car had a 6th gear it would have improved its cruising capabilities considerably. For a  1996 car it’s rather surprising it hasn’t got one. At full throttle though, the car sounds rather good for a four pot, very Japanese in its delivery (read: tinny) and yet a perverse kind of pleasure much like how a boy racer would savour it.

2) GT or sports car?
The SW20 is often criticised for its increase in size and weight which blunted its handling. I can see how this is so. The car feels quite large, not helped by its slow steering rack which takes longer than I would like to respond to inputs. That’s compounded, I would imagine, when the car’s oversteering and corrective steering is needed. When I get the chance to do that I’ll report on how that feels here.

The engine is also very light on torque, like a smear on a very wide surface, and so it spreads thin. There is basically a lot more go at the top end, so going above 5,000rpm to get a move on is rather typical when driving this car. When it reaches that power band, it accelerates decently quick – not rapid by any standards – but enough to have fun. That means the car is rather tiresome in the city and also on the motorway.

The engine’s characteristics lead to the next question – the engine needs to be canned like a sports car. But the car actually rides very well on the motorway and, given a sixth gear, it would have been a great cruiser. It also feels better on flowing A-roads than switchbacks on B-roads and feels nicely balanced. So why is it that the car seems to be built as a GT but with an engine that doesn’t have the torque to do the GT work? You would quickly point out that the Turbo model solved the issue, but then that model was never officially sold in the UK. Another minor note too: the wind buffering is pretty serious on the car, so you’d have to watch the wheel pretty carefully. 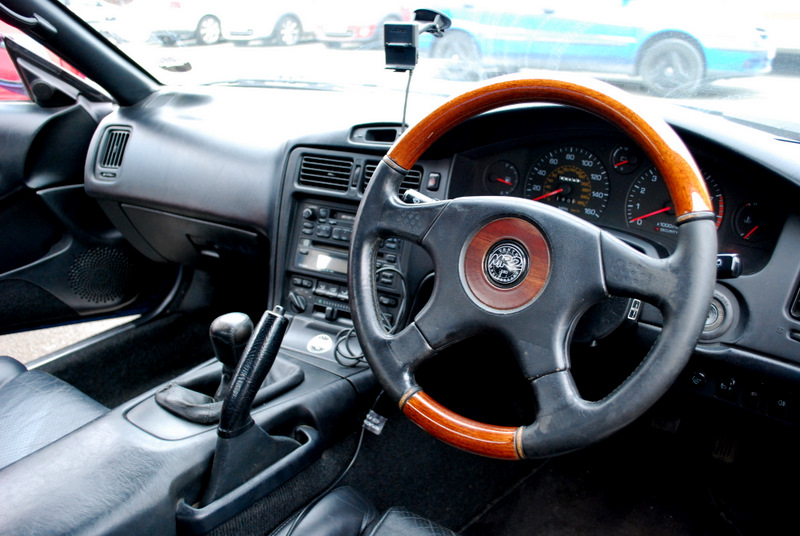 3) Steering a landmark case of heftiness vs. feel
Most drivers cannot tell the difference between a heavy steering and a feelsome one. I have problems myself too. But the MR2′s one made it very clear. The steering is heavy, especially at low speed – requiring some muscle to maneuver around car parks.  At speed, it feels better but then it feels like there is slightly too much turning needed to get the car to turn (due to the slow steering rack as mentioned above). The car doesn’t follow your inputs fast enough and lacks feel. Well, that’s my take on it anyway.

4) Higher limits
The mid-engined layout is normally reserved for exotica, but Toyota went against the grain and built one for the mass market, an enduring move that lasted as the Mk3 came after the millennium. The balance on offer is exceptional. It’s nothing like I’ve ever driven – so little weight deficiencies at the wrong places. It really does feel I can push the car really hard and it will forgive. This Rev 3 model apparently also solved the snap oversteer issues – it seems to be true so far as I am finding great difficulty to break traction from the rear tyres. It would probably be a good idea to try it eventually though so I’d know where the limits are. But at this moment I haven’t found it.

5) Odd weight transfer on braking
On moderate braking, the rear is noticeably loose and twitchy while the front secure. I am finding this rather odd. The larger brakes are at the rear because, as my half scientific mind would tell me, that’s where most of the weight is. But it seems to be that there is a brake bias towards the front wheels. This warrants further investigation with hard braking. The dealer said the car doesn’t have ABS but I have a ABS light that’s on the dash that lights up – so I’ll try that too. Thankfully, the car doesn’t produce much brake dust in the process so the rims still look really clean.

6) Odds and ends
When getting a used car, you should probably always change the windscreen wipers if they haven’t been changed for a while. I was driving at night through stormy rain near Birmingham (much heavier than what I am used to in the UK) and the wipers were near useless. I then spent 30 minutes trying to fit in new ones but then gave up. I confess, I am a car enthusiast who doesn’t know how to change a windscreen wiper. The next morning, I went to a workshop which sorted me out in 30 seconds. The point is, the old wipers made what was a dangerous first drive in a mid-engined, RWD car in the rain at night an absolute death trap. Thankfully the car and I made it through!

Also, what a revelation to finally have a working radio. The speakers on the MR2 are also very, very good. Love the detailing of the rear window too – curved beautifully. Could do with more storage space in the interior but otherwise it’s very spacious for two. Boots are also very useful.

Alright, that’s the first report of the car. I did a video introduction of the car too but I think that might take a while as I mounted the GoPro at a slightly mental angle. So I’ll get that sorted.